TRC Chairman’s Blog – August 2014
Well, where do I start? So much has happened over the last few months!

We had an amazing success with the Inter Inns race in June with more runners than expected and a great atmosphere. We managed to become a part of the Tidza Wakes festivities calendar and the Inter Inns is a wonderful race in its own right.

In July we had a great day at the TRC family picnic in the grounds of Chatsworth, with food, fun and games and the most fun game of rounders ever.

The club championships have been a closely fought competition with Andrew Watkins being “Mr Consistent”.

We have had numerous other successes from our great club’s runners. 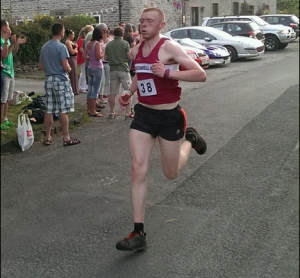 The races have been fun social events with an impressive turnout from the runners and of course, the fabulous TRC support team!

At Sheldon Fell race Dan Allen came 1st in his age category and 14th overall, which is a fantastic effort when you consider that Dan had been injured for most of the spring and this was his first competitive race for months.

We had an outstanding turnout at Taddington Lanes Race with 13 club members racing and lots of supporters. We created an amazing air of excitement, camaraderie and inclusion.

Nigel Jeff’s heart rate training paid off at the weekend with a PB of 1:28:28 at Kimbolton Half Marathon – awesome effort Nigel!

Tideswell Running Club are now organising our first ever fell race, the “Litton Christmas Cracker”
Everyone is lending a hand and giving feedback to make this the best event we can make it.

Thank you everyone for making TRC amazing!!!